Former Pakistan pacer recalled an incident from 1994 and revealed that he bowled to ex-South Africa opener Gary Kirsten as a net bowler and impressed him so much that he was ready to vouch for his talent in the Pakistan dressing room. 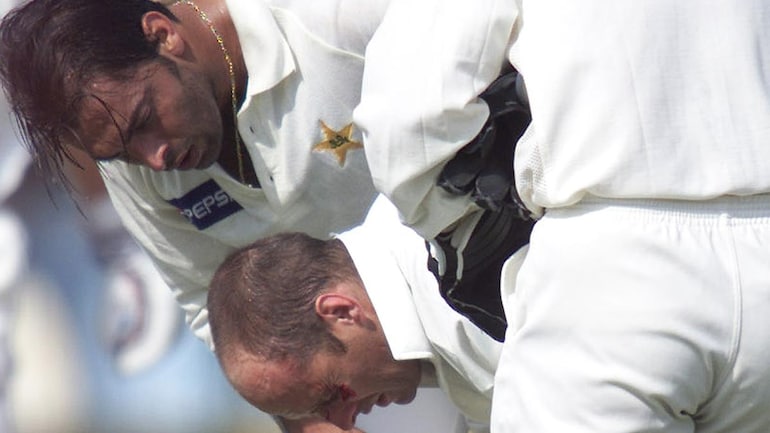 World’s fastest bowler Shoaib Akhtar rues late start to his Pakistan career as he feels that he lost his ‘peak’ time during the period he waited for selectors to give him a chance.

Shoaib Akhtar has revealed that he was so sharp with his skills that South Africa opener Gary Kirsten was surprised to see him just as a net bowler during his team’s tour of Pakistan in 1994. The Rawalpindi-born stated that Gary Kirsten and Jonty Rhodes had asked him to bowl some deliveries in the nets, to which he had obliged saying, “Yes sir, I can do that for you [and] very soon, you’ll remember me.”

The 44-year-old added that an impressed Gary Kirsten was ready to vouch for his talent in the Pakistan dressing room but the selectors gave him a chance only after four years. Shoaib Akhtar said he ‘lost his peak’ during the phase.

“I became a net bowler for the South Africans. So the South Africans came up to me, I remember very clearly, there is one gentleman called Gary Kirsten, and Jonty Rhodes. They said, ‘Would you like to be a good net fast bowler against us?’ I said, ‘Yes sir, I can do that for you [and] very soon, you’ll remember me, Told that I’ll be playing against you guys.’ They said, ‘So, how’s that?’ And I just asked them to face me.

“I then bowled a couple of balls at Gary Kirsten and he said, ‘Oh my Lord, you should have been in the team rather than in the nets.’ I asked if I’m capable enough to be a great fast bowler. He said, ‘You must be kidding me. I am going to vouch for you in the Pakistan dressing room that you should play.’ And Pakistan, what they did is play me four years later. So, I lost my peak there,” Shoaib Akhtar told on ‘Test Match Special Podcast’.

Shoaib Akhtar made his international debut in a Test match against West Indies in Rawalpindi. He made his ODI debut next year against Zimbabwe in Harare. The cricketer-turned-youTuber troubled the most technically sound batsmen of his era and scalped 444 wickets in his international career.